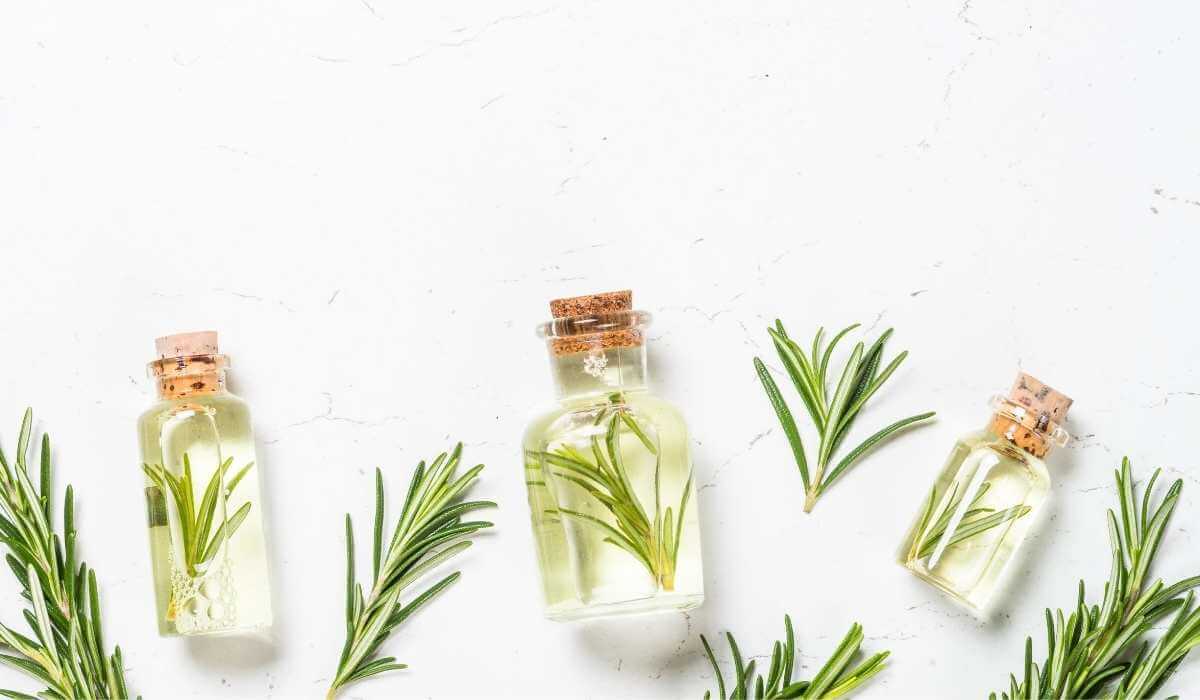 Did you know that most bruises will disappear in two weeks?

Two weeks can sometimes feel like an eternity. Especially when you have a dark ugly spot on a place where everyone can see.Sadly this can feel embarrassing.

But no need to worry. A quick solution to this, is to use essential oils. They are an excellent way to speed up the healing process. Not to mention they are packed with benefits for your body.

In this post, you will discover the best Essential Oils for Bruising and Swelling. And how to use them.So that you can heal faster and feel better. Read on to find out more..

What's In This Guide?

What Causes Bruises And Why Do They Form?

Bruises form when the small blood vessels found under the skin are damaged. These vessels are known as capillaries and are only one cell thick, which means that they can break down easily.

For that reason,applying excessive force upon any part of the skin, like a punch to the cheek, can create a bruise.

Falling and bumping into solid materials can also contribute to bruising formation.

However,bruises are also more likely to form in areas where the skin is softer and more tender; areas of skin that are more prone to damage include the area under the eyes, upper arms, and calves.

A sharp blow, or, in some cases, a mild bump, causes the blood vessels to break open and the blood within them to come out.

However, this blood does not flow back into the main bloodstream; instead, it remains stagnant and forms a dark-colored pool. This stagnant blood is what shows through the skin as a bruise.

Bruises vanish over time; they heal by themselves, and the blood spilled is eventually reabsorbed and once again joins the larger blood vessels to once again make rounds through the body.

There are many phases through which a bruise goes, which is why it changes color over time. You may notice that a fresh bruise is lighter and has more color than an older one.

A newly acquired bruise may appear red; this is because the blood has a high oxygen content, which gives it color.

After a day or two, you will notice the bruise turning purple or blue-black.

This is because the oxygen has left the blood and, as a result of this, decolorization has begun. Deoxygenated blood is darker than oxygenated blood, which is why the bruise darkens.

Soon after, around five to ten days after the bruise first appeared, the blood begins to break down.And yellow and green chemical compounds called biliverdin and bilirubin are exposed. Their high concentrations cause the bruise to appear yellowish-green.

Finally, after fourteen days, the bruise turns yellow-brown or light brown and begins to fade away. All in all, a bruise will go away on its own after two weeks.

Essential oils are excellent home remedies for healing bruises and reducing swelling. If you’re looking for an oil that can help you with your bruises, consider using the following essential oil options:

This oil has a powerful anti-inflammatory effect and can significantly reduce swelling. It can also improve blood flow, which is bound to help speed up the healing process by giving the bruised site access to more platelets. This oil is suitable for sensitive skin.

Lavender oil has been around since ancient Egyptian times. It has a strong anti-inflammatory effect to combat swelling.

Additionally, lavender oil is an antiseptic, which means that it can fight any bacterial colonies that may have developed near the bruise site. Cuts often accompany bruises, but you can bet on this oil to clear out the chance of infection. It can also relieve and soothe pain.

This unique oil has an antispasmodic effect, which means that it can actively soothe the muscle surrounding the bruise. It also has antiseptic qualities and is an active anti-inflammatory agent.

Lemongrass is an analgesic just like lavender oil; it can relieve pain and soothe the bruise site. As an anti-inflammatory oil, lemongrass essential oil can reduce swelling at the bruised site, too.

Famously know to reduce swelling and relieve pain thanks to its anti-inflammatory properties. It is also one of the most commonly available oils.

This oil is both anti-bacterial and anti-inflammatory; it can soothe the bruise and reduce swelling, as well as reduce the change of infection in any cuts that may have been acquired alongside the bruise.

How to Soothe Bruises with Essential Oils

Essential oils have a reputation for helping with bruises and swelling.

However, if you wish to reap the benefits, you will have to apply the oils correctly, or else they won’t be of any use.

Also, remember to be patient; natural treatments won’t ever yield immediate results, but you can bet that they’re healthier than artificial, lab-made ointments.

To soothe a bruise with essential oils, try any one or a combination of the following methods:

Remember to dilute your essential oil into a carrier oil first (applies to all methods except for the bath); applying raw essential oils directly onto your skin can cause a burning sensation and harm you, instead. Suitable carrier oils include the following:

As a general rule of thumb, a drop or two of your essential oil into one teaspoon of carrier oil should suffice.

However, the exact amount and dilution can vary from oil to oil.

Arnica oil is undeniably the best carrier oil option for bruises; it contains helenalin, which is an anti-inflammatory chemical compound. Arnica oil reduces swelling and pain and encourages your body’s self-healing abilities.

If you don’t have arnica oil, there’s no need to run to the store and grab some. Other carrier oils, like sweet almond or coconut, work well, too.

So remember to make sure that they’re blended with one of the essential oils from the list above, and you’re golden.

How do you know if a bruise is serious?

While most bruises will change color and fade away after two weeks, some may linger and can be a sign of an underlying health condition. Self-diagnosis isn’t the best way to go; a professional health expert can guide you much better. But when is the right time to see a doctor?

Here’s how you know if a bruise is serious:

Is it normal for a bruise to swell?

Yes, bruises caused by injury are expected to swell up a little. However, excessive swelling accompanied by pain is an abnormal symptom and should be shown to a doctor immediately.

The swelling, or raised area, is known as a hematoma and is perfectly normal. The bruise may even have a “knot” or bump in the middle; this is also okay.

When should you get a bruise checked out?

If your bruise hasn’t healed after two weeks, it’s worth getting checked out. Additionally, if your bruise is painful, excessively swollen, or isn’t changing color from reddish to purple or blue-black, and then to green, yellow, and brown, you should book an appointment with your doctor right away.

Why do bruises turn purple?

Bruises start out with a reddish tone to them but will start turning purple after a day or two. This color change is a result of the oxygen, which keeps the trapped blood red, leaving the site of the bruise.

The deoxygenated blood loses its red color as soon as the oxygen starts to leave; once all of it is gone, you’re left with a purple color.

How long does a purple bruise last?

A bruise will turn purple (or blue-black) a day or two after you first acquired it. This will last for the next three to four days, or less, after which it will become yellow-green.

Did you find the Best Essential Oils for Bruising and Swelling? Feel free to Check out Our other popular post.

If you’re looking for more Essential Oils resources, consider checking out our other posts on Essential oils.

Irene Mills, is a dedicated wife. And, a mom of two young children. She graduated as a Bachelor in Science with an orientation in Architecture. As well as Literature, and Language. She thrives, in the writing of drama, romance, and adventure. With a high interest in the truth of nature and Organic lifestyle. Want to know more? check out our about us page.

Is Apple Cider Vinegar Good For You? With Natural Facts

5 Best Essential Oil Diffusers For 1000 Square Feet And Up

Are you looking for the Best Essential Oils For Facial Hair Growth? Perfect, you’re in the right place! It’s no secret that essential oils can take your beard to the next level. As a matter of fact, when it comes to essential oils for facial hair growth, studies have shown they can: Accelerate hair growth,…

Are you looking for the best essential oils for parasites and worms ? Perfect, you’ve came to the right place! When it comes to parasites, these alien-like creatures are enough to give anyone the shivers. However, essential oils are excellent for destroying parasites quickly. In this article, we’ll share our top essential oil recommendations for…

We use cookies on our website to give you the most relevant experience by remembering your preferences and repeat visits. By clicking “Accept All”, you consent to the use of ALL the cookies. However, you may visit "Cookie Settings" to provide a controlled consent.
Cookie SettingsAccept All
Manage consent

This website uses cookies to improve your experience while you navigate through the website. Out of these, the cookies that are categorized as necessary are stored on your browser as they are essential for the working of basic functionalities of the website. We also use third-party cookies that help us analyze and understand how you use this website. These cookies will be stored in your browser only with your consent. You also have the option to opt-out of these cookies. But opting out of some of these cookies may affect your browsing experience.
Necessary Always Enabled
Necessary cookies are absolutely essential for the website to function properly. This category only includes cookies that ensures basic functionalities and security features of the website. These cookies do not store any personal information.
Non-necessary
Any cookies that may not be particularly necessary for the website to function and is used specifically to collect user personal data via analytics, ads, other embedded contents are termed as non-necessary cookies. It is mandatory to procure user consent prior to running these cookies on your website.
SAVE & ACCEPT